Now And In Time To Be

"I am putting together all the stories for Black Is The Devil's Rainbow. I have been writing stories for collections of various kinds that never had a real title for a long time and so probably there's ten years' worth of stories here. And many of these stories are very short, you know, they're a page long. And then something like Grail, for instance, is probably going to come in at 140,000 words, so it's a real range. And then there's a lot of stuff which is not finished and the question is well, which ones do I want to finish? Which ones do I want to leave? Which ones are not working at all and should be screwed up and burned? And, let's see, there are one, two... six, seven... thirteen, fourteen.... fourteen piles of papers, the smallest of which is a foot tall! Which is all, this all, you know, stuff which has been clipped together over the years... We have assembled lots of poems...
"The whole idea of the book is to have something like a shelf of books, something that looks like a shelf of books, each of which is different, maybe comes in a different typeface, maybe even different paper, I would love that; I would love to feel that the book would be several books. And in which case I might divide the poems into two collections of poems - one of which would go towards the beginning, one towards the end, for instance... I mean it's a plan whether it will work or not - it's got to go through the money people - Rakesh, my editor and I have talked about that and I think it will be honestly really, really cool if we can do it."

"I once had a guest who dabbled in necromanticism leave me with a presence in my house. When my seven dogs would not go into a certain area of the house, I knew there was something wrong. I'm not easily spooked, but this really had me going... It was where he'd chosen to demonstrate an experiment, so I could put it in a book...
"Things were out of whack, like in the old days when a soundtrack would go out of synch with the movie. I was also seeing shadows on the wall and a red/orange colour a lot... In the end I had to do the 'working' myself, because of my desire to get this thing out of my house."

"[Dread]'s the only story I've ever written that doesn't have a supernatural element. It's purely psychological but it also has a lot of nasty physical stuff... I had a fellow student at university who studied philosophy with me and he was a man I despised - and he was the underlying subject, I suppose, for the character of Quaid. He was a very, very vicious man and I hated him and built the story around him. I met him later on in life and told him what I'd done and he'd become a much gentler human being."

"The big problem with that one [Pig Blood Blues] has always been that the pig is a real character - it is possessed by the spirit of a dead boy. It relates to the boys in this borstal and they give themselves to it wholeheartedly. The pig is a very powerful entity in this story, so right now we are talking about getting this giant pig right. I don't want it to be like Razorback, which relied a lot on fast cuts and quick glimpses... Instead I want people to really relate to this creature."

"If I had to pick one film it'd be George Franju's Les Yeux Sans Visage. Franju was a big influence on me and he's one of my filmmaking heroes. It's about a mad doctor tearing off people's faces - I guess you might say there is a link to my work! It's available on DVD now and comes highly recommended."

"If you buy the American DVD (of Les Yeux Sans Visage) there's also a short film called Blood of the Beasts, and if you're not vegetarian already, this might turn you. Franju filmed it in the slaughterhouses of Paris and it's pretty appalling viewing: one out of every nine pigs isn't killed by the slaughtering device and ends up being skinned alive. This is real horror. As a veggie, I say God bless him for making this documentary."

"Life is serious. Five years ago a woman called Heidi Brown called me out of the blue and said, 'Please help me,

my son, Justin, is a huge fan of your and he's in Iraq. He lied to get into the army, he got in when he was 17. Please call him, he's going to die.' I mentored him and Heidi said it was OK for him to be my son. We got him out of the army and five weeks ago he died of an accidental overdose. He was 23 and an extrarodinary human being. His uniform hangs in my office...
"I believe we oughtn't be afraid to speak of death anymore than we ought to be afraid to speak the act of love. We live our lives in terror of sex and death, and yet those things are so central to our being."

"Right from the beginning, Anthony DiBlasi and I felt the best way to move forward [on Dread] was to share our vision as broadly as possible. We would dissolve the conventional walls that divide an actor from a producer. The consequence of this restructuring is that I could no longer use people's faces or actions as an easy way out from when the narrative wasn't doing what I wanted it to do...
"Repression can be a form of self-sacrifice. We all have our own personal experiences that gnaw at the backs of our minds with flickering tongues, but the trick is finding out how to silence them."

"I was dicked around on Lord Of Illusions but I finally got the director's cut out there which was important to me. The film you see on DVD is the film I wanted to make and I think that it is a very sexy little effort... In fact I would say that the straight men of the world owe me massive thanks for discovering Famke Janssen, who has a great love scene in the movie. She is a gorgeous lady and a fantastic actress - I was so happy to cast her in Lord Of Illusions. That was a wonderful find, although we were about six weeks into the shoot when I got a call from Martin Campbell, the director of Goldeneye. I remember that he said he had seen my dailies, which I was not too happy about, and he wanted to take Famke away from me and screen-test her in London for the Bond movie. I was not happy about that either but Goldeneye was an MGM picture, Lord Of Illusions was an MGM picture, and of course I had no say in the matter. But she got the role and the rest, as they say, is history."

"My job doesn't involve critiquing, I don't judge, I don't think, I don't calculate - I do. My job is not to worry about 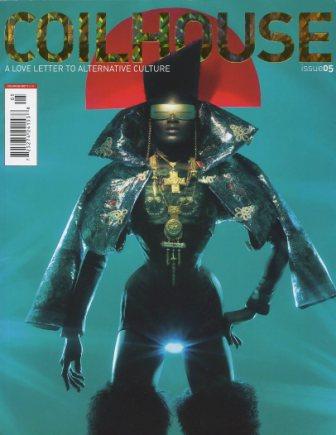 Coilhouse, No 5, July 2010 where my strengths are; my job is to follow my gut, and if it's shit, somebody else will tell me. I'm not gonna sit around and think about that. Life is way too short as it is...
"In fact, I write an entire novel, always, without ever reading the page before. Then, when it's done, after a year or so, I read the whole thing. It stops you from being self-conscious, it stops you from analysing, it stops you wishing to have done this or that. Bugger that - just do it. Don't dream it, be it. Erase the part of yourself that's eating at your confidence. I've always been this way. And it isn't confidence that does it; it's the lack of confidence. Its roots are in incredible lack of self-esteem. I know that if I went back and looked at the pages right now, I would just give up. So I simply don't do it. It's like going into a room where you know is a monster - you just don't go in. And it works for me. It wouldn't work for everybody, but it works for me."

Prevailing Against The Perfect Storm

"I was left in a sort of no-win situation... I do not know whether they knew consciously that they were painting me into a corner in terms of the timing - I've never really been able to work that out. I don't think they quite realised how badly it would affect a writer for them to be 'absent' for eight months...
"This was the perfect storm. This was publishers conspiring with the Fates to make Hell. I think the one thing, the lesson here is, I mustn't ever take it for granted that this can ever be done again; I think this is a once in a lifetime gift, from the Fates, or whatever... Almost everything in this Abarat text, I don't recognise, it's almost as though it's been channelled, it's very, very powerful..." 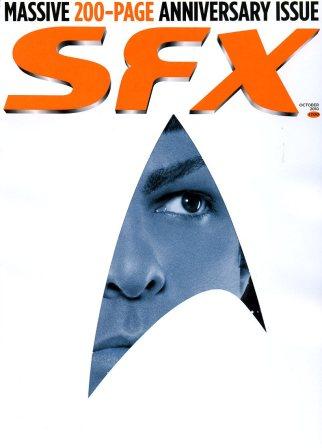 "I don't write with any intentions in my head, and certainly not to 'best sell'! I write the story I want to write - it has to have its own intentions and purposes and it's related to something far deeper than me, than my conscious."

"JoJo struck me from the beginning as being an absolute one-of-a-kind creator. I have been, from my childhood, a fanatic where puppetry was concerned - and still love puppets. To see this man who had held on to his passion for puppets, dolls, art, and the private sexual theatre of his imagination was to me mind-blowingly wonderful. I had some friends who were equally as passionate about enlightening the world to JoJo and his art, and along with a meagre budget which I provided, we set out to make this movie, which I am incredibly proud of."