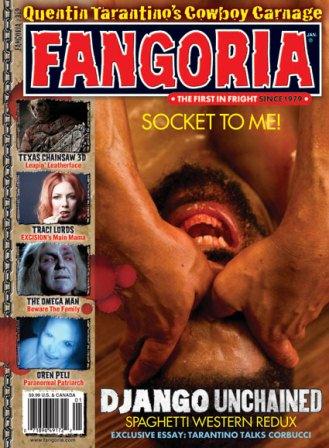 "[Weaveworld] was a shift stylistically, in terms of genre and in the way I structured the novel. I deliberately structured it to be read in quick bites. It was the first time I'd ever looked at the way people read - at that particular time, at least...
"I lived in London at the time, and I would see everybody reading on the Underground and they'd read one chapter of their books - maybe two - and they'd be home. Weaveworld has a lot of little chapters in it. They're like a lot of candies in a big, glittering box and you can eat just two and be home. People seem to enjoy it that way. It wasn't like they had to dig into any huge piece of narrative, some of which they might have already forgotten the next time they jumped into the book. Instead I deliberately made it accessible structurally. It seems to have worked."

"I don't purposely plan anything, I just write the tales that are in my head and hope that their lives are rich enough to entertain my audience... 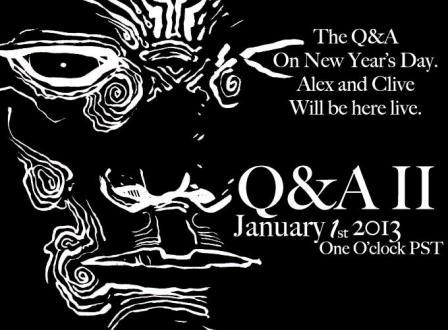 Live Facebook Q&A session, 1 January 2013 "I think the idea of there being a world of horror fiction is less important than an imaginative world that is dark and nightmarish and on many occasions filled with visions and transformations and beauty. It's very limiting if we think of ourselves as readers of this kind, if people come to a Clive Barker book and think, 'This is a horror book,' I think this would be a limiting vision. I would be disappointed if people thought of me exclusively as a horror author. Often it will be horrific, but also transforming and visionary...
"Make your own worlds. Make your own laws. Make your own creations, your own star systems. Don't feel answerable to anyone, or as though you have to create after some preordained model. You don't have to write like myself, or King or Anne Rice: be yourself. Nothing is more wonderful than discovering a new voice, particularly if it happens to be your own." 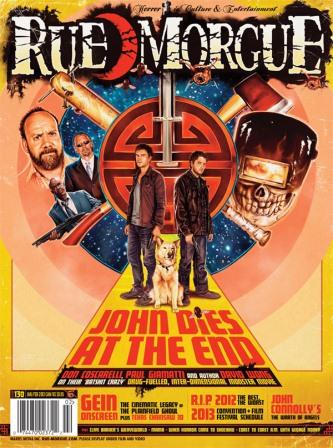 By Michael Mitchell and April Snellings, Rue Morgue, No 130, February 2013

"[Weaveworld is] a story about storytelling... The opening of Sacrament says we are animals who tell stories, and then it goes on to say why we tell stories: if we didn't, we wouldn't understand ourselves. I would have put that in Weaveworld had I known it at the time. But that is essentially what Weaveworld portends."

"I am delighted to be working with the fine folks of Century Guild. They understand my art, my audience, and me. What better proof of that than their celebration of art and Halloween terrors that they have invited me to be a part of this October? This is the beginning of something wonderful."

"The thing that interests me as a storyteller, very much interests me as a storyteller, is that [Nightbreed] is a story that has found its home. And I suppose all three of us might reasonably say we knew stories were like this, we knew stories that worked in one time, not another. Well, yes of course I knew it, but I don't think I knew to the extent that's now being proved. This is proof right in front of me that a certain kind of story needs a certain moment - a certain zeitgeist has to be in place before a certain kind of story can find its audience.
"When it's a novel you expect to get a second chance - Moby Dick only sold 5,000 copies in Melville's lifetime, it was later on it was revisited, but movies tend not to get that, do they? Movies tend to be things which are very throwaway and it's very, very lovely, it's very validating. It was a portion of my life which was incredibly painful and which I thought was basically a disaster and I felt was basically a great loss. I felt as though that period of my life, that two years of my life when I made that movie and fought for it and so on, was all very brackish water under the bridge and there was nothing to be gained from it of value. And I was wrong. And it's wonderful."

"There's a lot more commercial demand being followed, particularly in this town, than there should be. I mean, I can hand on heart say I've never written anything I didn't want to write and when they came to me and asked whether I wanted to write a sequel to Peter Pan - now Peter Pan's one of my favourite books and I said, 'Absolutely not, never. Hell will freeze over before I write a sequel to Peter Pan.' And they said, 'But we thought you liked it?' And I said, 'That's why I won't write a sequel to it!'
"I tell you, if somebody writes a prequel to Weaveworld after I'm dead, I will be back. I'll be back... Haunting is a kind word; I'll haunt them with a machete... They will be very sorry they put pen to paper."

Q&A with Clive Barker, Mark Miller and Geoff Boucher after a screening of Nightbreed: The Cabal Cut at Beyond Fest, the Egyptian Theatre, Los Angeles, 26 October 2013

"I handwrite everything and the movement from writing something into drawing something is very easy, so there's a lot of manuscripts around with drawings of things, but twice in my life I've had problems with my hands - and right now is one of them - and when I tried to write 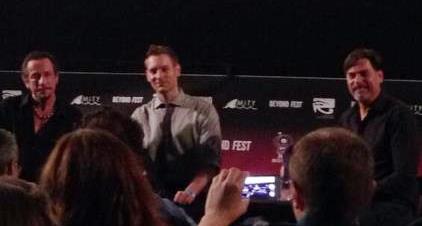 Q&A at Beyond Fest, 26 October 2013Cabal my hand gave up, and so it was a dictated book, the first draft was a dictated book. I've never done that again. To dictate a book is very strange to me because I like the look of words, I like the shape of words and so, when I went to the next draft, I used the dictated version as just a starting place but I don't think there's very much between the dictated version and the final version which is similar.
"I think, in one sense, everything that I make begins in the visual domain and I think probably that's true for a lot of fantasy, horror film-makers or writers, isn't it? I mean, don't we all think in pictures before we go anywhere else? I mean, we could then go into metaphysics and all kinds of wonderful ramifications but at the beginning, for me at least, it has to be images.
"I will wake up in the middle of the night, I have a pen and a pad beside my bed, and I will more often than not draw something than write something. I have written great screeds of very meaningful stuff which meant nothing in the morning... but there's nothing that communicates itself as strongly, I think, as a simple, clear image. It's one of the reasons why I like working with a sumi brush, you know Japanese brush and sumi ink, because you make with just a few quick lines something which has real emotional power - Peloquin, Pinhead and Shuna Sassi all began their life as images."