Clive's plays - initially far more obscure and witnessed only by tiny fringe audiences, but now being made available as texts. With current-day productions becoming more prevalent and with our own series of books, Memory, Prophecy and Fantasy covering the plays in detail, the canon of pre-film work now stands ready for assessment...

Note : Early plays were highly collaborative but from at least A Clown's Sodom onwards scripts were essentially written by Clive Barker (with the exception of Dangerous World, being a collection of the words of William Blake put together by Doug Bradley and Oliver Parker).

Please stay in contact with the event organisers for latest details and bookings. 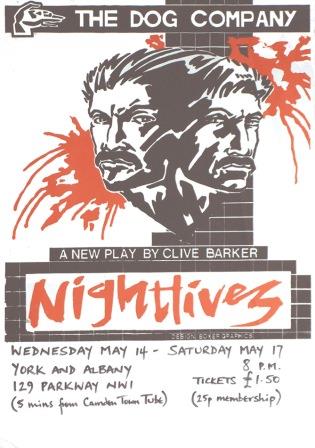