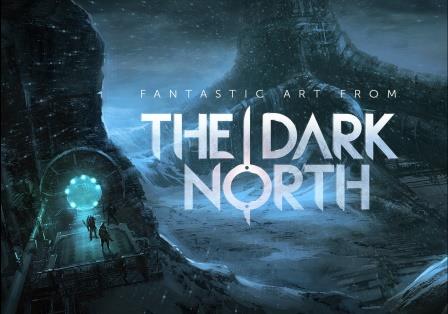 Clive : "This book is made up of many beautiful worlds made by artists who care passionately about the art they are making. It is very rare for me to see paintings that are so committed to an evocation of a world that in fact exists, but that most people don't know about... Coming to these images has been a beautiful revelation."

Clive is delighted to announce that he has written an all-new introduction for this fabulous art story book project which promises to tap the talents of the Scandinavian gaming industry. Touching on his love of time spent in the Hebrides, Clive's piece introduces the collection of five myths created by five artists, told in over 100 new original paintings on over 200 pages, with accompanying texts. Successfully funded through Kickstarter, orders are now being taken for a retail edition at The Dark North. 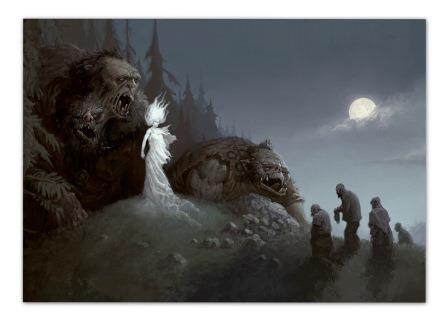 The Dark North Team : "The Dark North - Volume 1 is the first in a planned series of art story books bringing out the immense talent behind the scenes of the extremely successful gaming industry in Scandinavia.
"Five of Scandinavia's best illustrators and concept artists have been given free reign; creating new artwork and new myths - or shedding new light on old ones - drawing inspiration from a common ground - The Dark North."

Magnus Lekberg, creative director : "That Clive, with his unique vision, wonderful imagination and life-long experience of fantastic art in all its forms, chooses to collaborate on this book will make The Dark North something much bigger than we could possibly have hoped for. Having spent a considerable part of my life in his worlds, I have a hard time thinking of someone who would be more fitting to join ours." 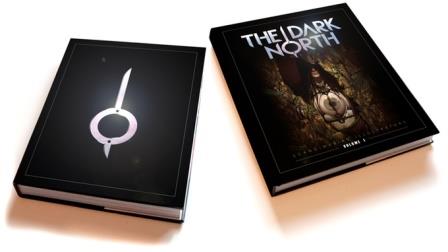