Arrow Video has announced the release of a Blu-ray steelbook version of its Hellraiser 2K restoration alongside Mondo and Lakeshore's releases of Christopher Young's soundtrack in limited formats. 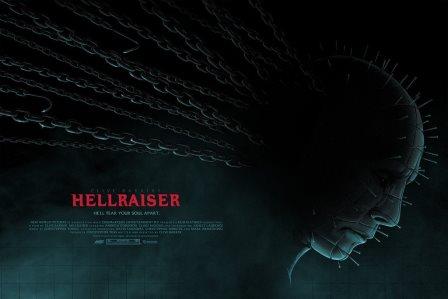 Art by Matt Ryan Tobin
The Mondo and Arrow releases will be celebrated with a 35mm screening at Prince Charles Cinema in London on 25 September 2017.
The Hellraiser 30th Anniversary edition soundtrack - remixed & remastered from the original two inch analog reel to reel sessions has been overseen and approved by composer Christopher Young and features new cover artwork by Matt Ryan Tobin: 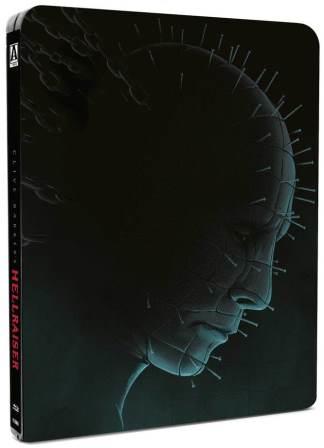 Art by Matt Ryan Tobin
The steelbook release is set for 30th October 2017 (exclusive to Zavvi in the UK, Region A details to follow) includes the following:
Tickets for the screening will include a poster of Matt Ryan Tobin's artwork and the Screening Edition LP will be sold separately in the Prince Charles lobby before and after the screening. Lakeshore Records has its own retail vinyl/digital soundtrack release set for 6th October 2017 which includes the following: 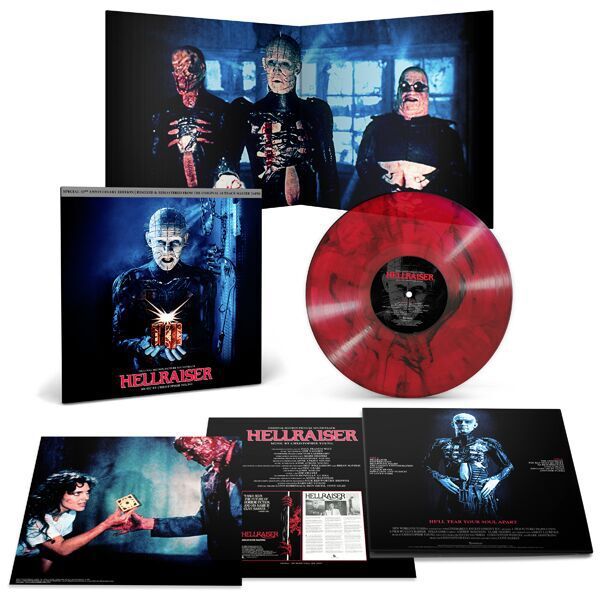 Spencer Hickman (Mondo Record Label Manager) "Even though the film was a low budget horror with a first-time director, Hellraiser towers over just about every other horror score recorded in the '80s. Composer Christopher Young decided that instead of providing a typical '80s synth score, he would use a full orchestra to create a symphonic score that was epic is scope. It's a phenomenal piece of work; huge strings, waltz-like time signatures, and suites that run from the ethereal to downright scary in a matter of moments. We are thrilled to be releasing Hellraiser in [conjunction] with Lakeshore Records for its 30th anniversary. This fully remastered sonic assault will tear your ears apart,"

Prince Charles Cinema "Hellraiser had its first ever public screening here at The Prince Charles Cinema way back in September 1987; the owner of the cinema still talks about the packed, raucous, late-night screening that blew the roof off the place. When Mondo reached out to us about launching the soundtrack re-release in celebration of the film's 30th anniversary, we jumped at the chance to take part. And just when we thought the evening couldn't get any better, Arrow Films came in with a 35mm print of the film in hand to make this a perfect night at the movies!"

Arrow Video "With the anniversary of Hellraiser just around the corner we're all giddy with excitement here at Arrow, so when Mondo and the Prince Charles spoke to us about being involved in this event, there was only one answer, a big fat YES! The event at Prince Charles will be one of a kind and the perfect launch for Mondo's soundtrack release. If all of that wasn't enough to get fans salivating, we're excited to be announcing another special Hellraiser goody on the way from us... In conjunction with Mondo artist Matt Ryan Tobin we have created a new special anniversary edition Blu-ray SteelBook which perfectly complements the vinyl re-issue, so now for the first time ever you'll be able to see the film in the cinema from an original 35mm release print, hear the soundtrack on a newly remastered vinyl, and take the film home to enjoy again and again."

Matt Ryan Tobin "We've seen a lot of interpretations of Pinhead in art looking malicious and evil. I wanted to focus on the cold and sombre aspect of Pinhead; emotionless and almost sad. As much as he is a delegate for the Cenobites, he's also very much a prisoner; chained down by the very chains he uses to collect and destroy souls. I really wanted the artwork to reflect this.""

Death Waltz Recording Company "For anyone wanting to know what the Hellraiser 7" box set looks like. Here's me holding the prototype:" 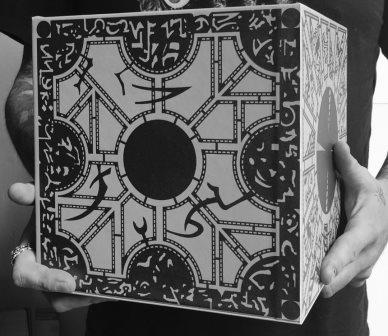 Lakeshore Records "Hellraiser 30TH ANNIVERSARY VINYL! This special retail version of the anniversary release is remixed and remastered from the original 24 Track, 2 Inch Analog Reel to Reel Session Tapes. Overseen and approved by composer Christopher Young. We live for this! It is such an amazing album it's hard to believe it's been out of print for all these years. This version features digitally restored photography and artwork from the archives!"

Lakeshore Records "Lakeshore Records is privileged to reissue the official score on vinyl, digital and CD! Long out of print, Christopher Young's completely remixed and remastered score from its original 24-track, 2 inch analog master session tapes will be immortalized in this brand new vinyl pressing. Digitally-restored photography from the film archives completes the lovingly-crafted collectible retail edition of the LP. This is a must-have for curators of iconic horror scores and film memorabilia!"

Lakeshore Records "We absolutely love these amazing Hellraiser 30th Anniversary Editions being released by our friends and partners at Death Waltz Recording Company/Mondo! These are discrete different editions available only from Mondo that will not be available at Retail in the USA. The 7" boxed set is a glorious wonder to behold!" 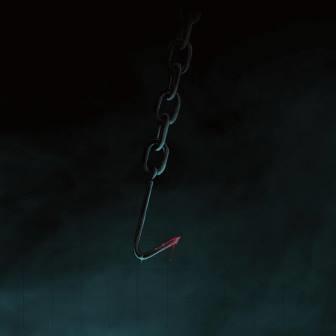