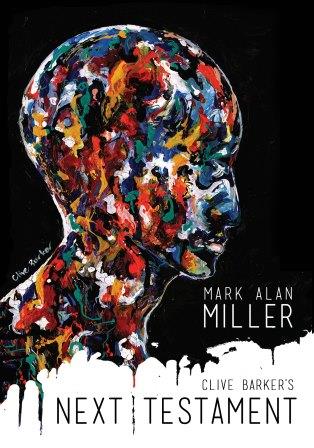 Head to Earthling Publications for details and advance ordering.

Mark Miller : "Next Testament is a project that is deeply personal for me. I want to thank Clive for allowing me to collaborate with him from the beginning of the project, and for writing a foreword that moved me to tears. I also want to thank Boom! studios for giving this story a home, in its original comic form, where it can live on in perpetuity and find new and exciting incarnations. And finally, I want to thank Paul Miller and Earthling Publications for publishing my first novel. Their guidance, from editing to printing has been a thrill. I hope those who pick up the book are as changed by reading its words as I was writing them."