In April 2018, Clive hosted a walkaround of his artwork for the designer and show-runner for the upcoming Warner Bros. Television series, Chilling Adventures of Sabrina, screening on Netflix later this month.

Delighted that his work might help the designer, Lisa Soper, create the darkly magical world of the Academy of Unseen Arts, Clive happily shared his artwork to be hung on-set.

Anyone with a keen eye might have spotted monstrous artwork on the walls of the classroom in the first teaser trailer released on 13 September and since then various visitors to the set (as Season Two is filmed) have noted Clive's contribution.

Chilling Adventures of Sabrina screens on Netflix from 26 October 2018. 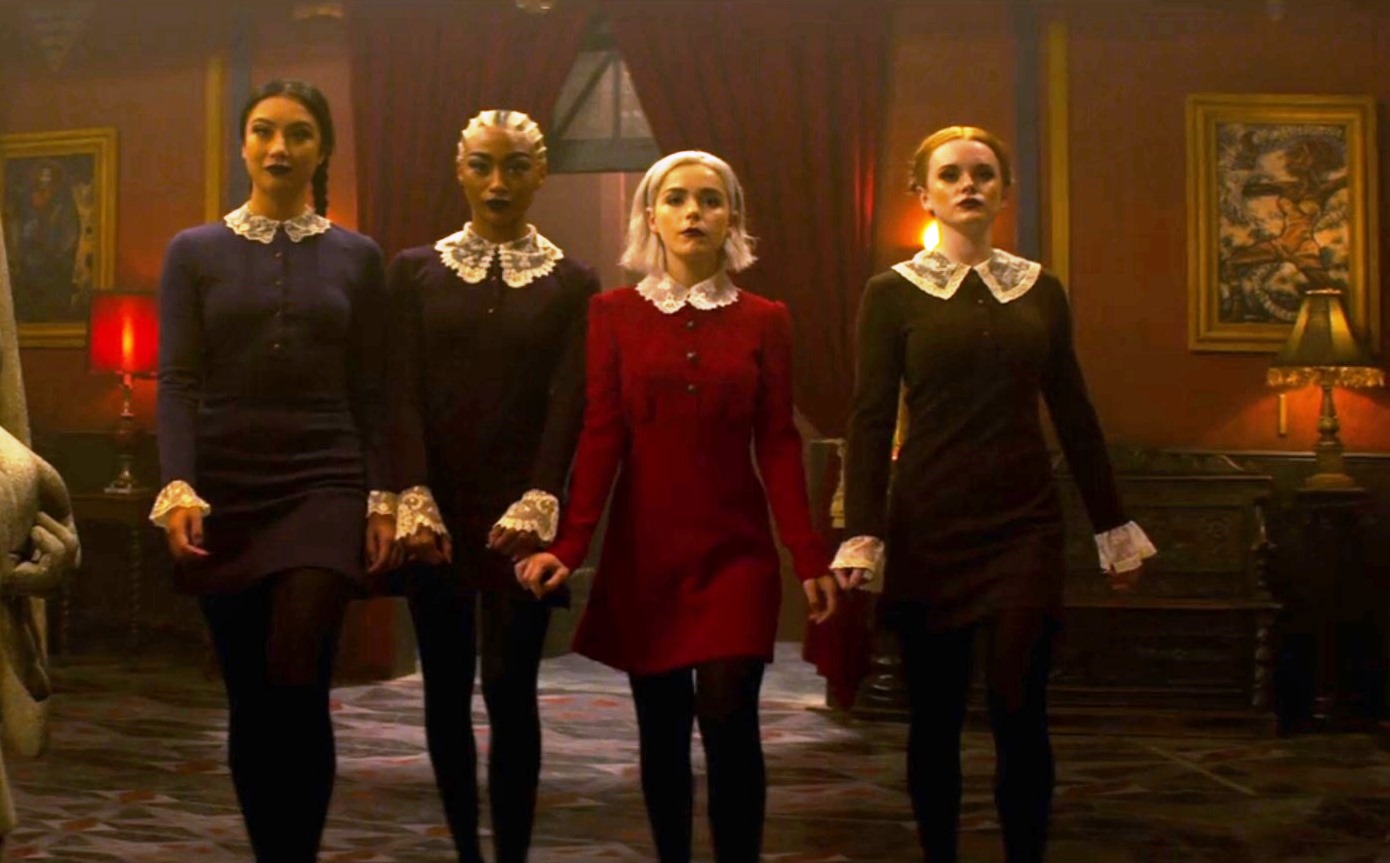 Chris E. Hayner : "In order to figure out the show's biggest horror influence, though, fans may not need to look much further than Clive Barker, whose credits include the Hellraiser movie franchise, Candyman, Nightbreed, and a number of other horror classics. When GameSpot, along with a small group of other outlets, took a tour of the Chilling Adventures of Sabrina sets, this was especially evident in the Academy of Unseen Arts - the titular character's witching school.
"Lining the walls of the red and black room - which can be reconfigured to stand in for many of the rooms at the academy - are some truly haunting works of art that were painted by Barker, himself. What brought him to the show was production designer Lisa Soper, who reached out about the project.
"Through their discussions, Soper and her team were able to acquire more than 150 of Barker's original paintings to use on a rotating basis within the halls of the academy, giving the series countless ways to recreate the space. His generosity is also something the production designer wanted to thank him for, using a few Easter eggs embedded into the show that keen-eyed fans might discover.
"For instance, the flooring and wallpaper in Madam Satan's (Michelle Gomez) home are recreated from designs seen in Hellraiser. This is just one of a number of hidden nods to various horror properties littered throughout the show - some of which GameSpot cannot reveal until Sabrina debuts..."

Lisa Soper (designer) : "We spoke about kind of the idea and the themes behind what we were doing here and [Clive] said, 'Why don't you come down, spend the weekend, take a look through all the artwork and pick out what you want?'" 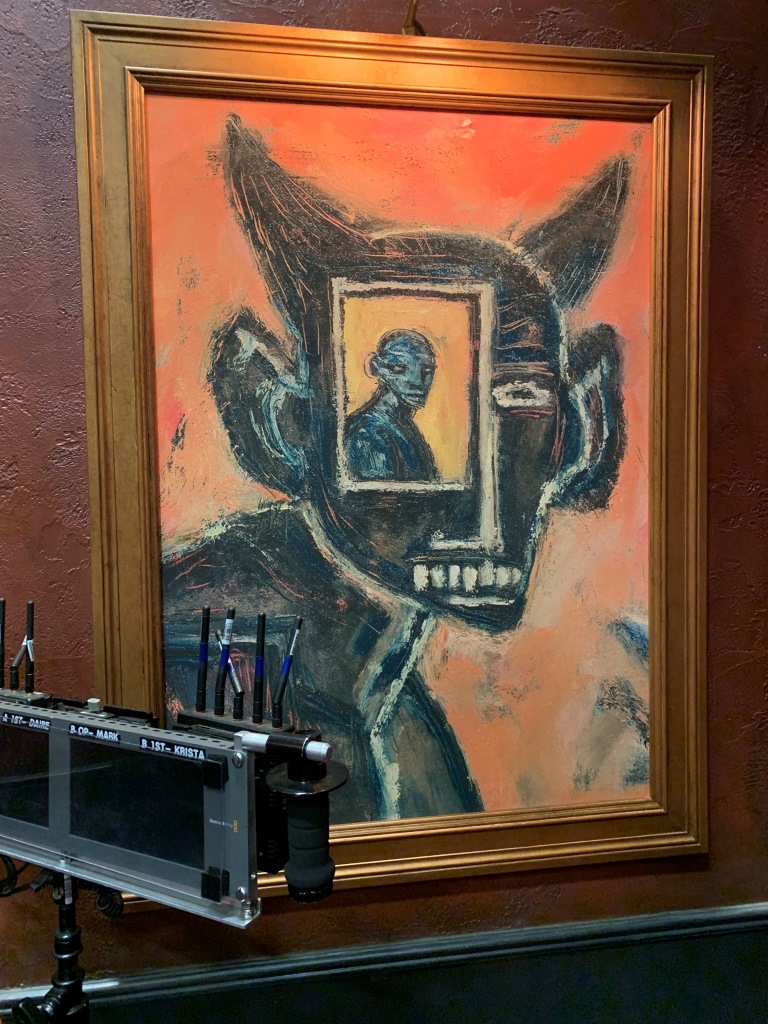 At The Window, 1997: on-set photo by writer, Joshua Conkel