Seraphim is set to release a US DVD of Salomé and The Forbidden this summer. Already available for pre-order, it should hit shelves on 25 August 2015 with a list price of $19.95.
Head over to this page for more on these two films which illuminate much of Clive's creative thinking both at the time of filming and for many years thereafter. 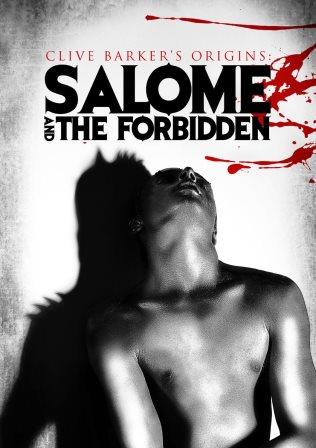 Salomé draws inspiration from the Biblical tale and follows on from Clive's staged production in Liverpool of Oscar Wilde's play (as The Hydra Theatre Company). Filmed partly on Hale Beach, partly in a florist's cellar at night, the film is a poetic interpretation of the famous story.
As Clive reflected, when asked about the subject matter for his first film, he responded eagerly:

"The Salomé story: boy, there are layers to that story. It's a very sexual story, it's a very ritualistic story, it's a bargain story. The story had always attracted me. The Bible is a source of inspiration constantly for me and remains a significant source of inspiration. The references to Salomé in the Bible are I think slight but, nevertheless, Biblical stories, if they are good stories, have a kind of primal quality to them."

Clive used the film to attempt to gain funding for his next proposed film project, The Forbidden, and despite his feeling about the technical quality of the footage compared to the movie in his mind, his concerns were not shared by others:

"I remember when we got £300 from the Liverpool Film Association or whatever, I showed the man Salomé and I was squirming with embarrassment at how rough it was, but he was astonished at what we had achieved."

"[These films] are technically extremely crude and their story-lines obscure: Salomé vaguely follows the biblical tale of lust, dance, martyrdom and murder, but only vaguely; The Forbidden, though derived from the Faust story, is steeped in a delirium all of its own. Notwithstanding, the images still carry a measure of raw power some two decades on, in part perhaps because the context is otherwise so unsophisticated."

"I think [The Forbidden] has a weird sort of life to it and it's interesting because it contains all those imagistic prophecies of things that would later appear in either the short stories - tattooing, voyeurism and so on - or in the Hellraiser movies, obviously. So put together with Salomé, even though they were movies made at the most primitive level (I think the only more primitive way you could do it is to take a length of film and draw on each frame!) actually I think it has a strange poetry about it - they both have a poetry about them - and they do fix in time who we were at a certain point and what our obsessions were - perhaps more particularly what my obsessions were... And so when Frank is skinned, obviously, in Hellraiser, it is a direct development from the moment in The Forbidden when Pete has his skin removed."

Summer 2015 will also see the release on DVD of Jojo Baby. Presented by Clive, JoJo Baby is a Seraphim film directed by Mark Danforth and Dana Buning, which was first screened at Reeling 2010: The 29th Chicago Lesbian and Gay International Film Festival. The DVD is set to be available from 25 August 2015, with a list price of $19.95. 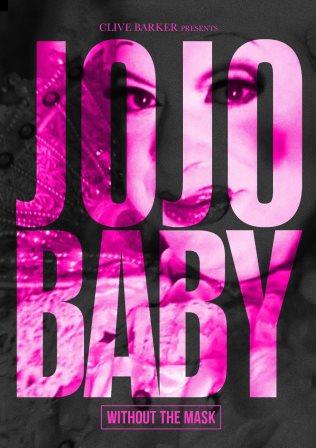 "It's called JoJo Baby and it's about a man we met in Chicago and is an artist, a gay man whose entire life is extraordinary.
"He has 500 dolls which he makes and they all have souls and names and hearts and histories. He has these castings he's made of people's erections which is something that goes way back to the old days of rock 'n' roll when there was a lady (whose name is going to escape me) but she was called the Plaster-Caster because she did cast the big names in rock 'n' roll. The collection is in private hands now but there was a film made about her, so he does this as well and he is the most extraordinary human being and this marvellous artist. And I said to Mark [Danforth], if you want to do this, I'll fund you to make a documentary about him, just because I think this man should be honoured...
"Mark was there for a few days of shooting and has now gone back two days ago to pick up where he left off and with another six days he will hopefully have enough material to put a picture together, but I guarantee that when you meet JoJo on film you will be amazed, he's one of a kind, he really is. And it takes me back to some of the people that I knew - there was a man called Pristine Condition, for instance, he came to my signings sometimes and was always really sweet, he had been one of Warhol's cross-dressing, you know, Garage people and then of course all that went away and those days of Holly Woodlawn, Candy Darling with all that glamour and Joe Dalessandro and so on, all of that sort of vanished long before Warhol died, it only sustained them for a certain period of time I think. But Pristine Condition had extraordinary photographs which he shared with me of what it had been like back in the day, how glamorous, the high times that were being had by all. I like to think that there's something similar on a much, much smaller scale happening now - that we are trying to find artists out there who deserve attention, deserve to be honoured - JoJo is the first and I'm hopeful there'll be many more. JoJo is doing it in a way that people who like Lord of the Rings wouldn't necessarily like but it is nevertheless absolutely the work of a fantasist, a man who is dreaming with his eyes open."

Pivotal Voices: Was, Is And Will Be

Press Release: "'JoJo Baby' takes a peek into the colorful and often zany life of Chicago artist JoJo Baby. From his loft in the Flatiron district, we are transported into the mind and world of an artist like none we've ever seen. With his dolls and art filling the space to capacity, JoJo guides us through his creative process all the while opening his heart to a life that has had its share of sadness. A powerful and deeply moving journey, 'JoJo Baby' is a celebration of life and art."

Filmmaker's statement: "'JoJo Baby' is a feature length passion project produced by one of today's most creative visionaries, Clive Barker. The goal of this film is to celebrate the magical world that is created by JoJo every single day...
"Who is JoJo Baby? Some call him a 'party animal,' others call him a 'shaman,' some mention 'freak' and yet others speak of 'sheer brilliance.' Whatever the label, one thing is known for sure: that his story must be told.
"As filmmakers we tried to stay out of the way as much as possible and let JoJo narrate us through his amazing life. From his remarkably life-like dolls to the extremely lavish costumes he creates from scratch, this film will immerse you in a world like no other; that of JoJo Baby."

JoJo Baby: "Well, you never think that when you meet one of your heroes that they are going to like you, then to want to share you with the world, it is too much. I loved Clive Barker for such a long time. All my friends said that I would end up on the silver screen and we knew it would have to be with Clive Barker or John Waters.
"I heard that he was coming to town with a gallery show at the Packer Schopf Gallery. I go thinking I won't be able to afford his pieces but spent some of my rent and bought one of his drawings. My friend got sick and I couldn't meet him. The next night was the 25th anniversary of Hellraiser at the Music Box. Sal-E and I dress up as Cenobites and had no luck meeting him there either. The third night was a book signing and I was next in line when he took a break and I was thinking I am never going to meet him! I was crushed. After the break he sat down beside me and I gave him a shirt that I had made for him. He loved it and asked if I would design costumes for a movie. I said, 'I will do it for free!'
"My friend told him that he should come see my gallery and I couldn't believe he actually showed up. He spent four hours there with me at my space. We talk about art, magic, all of it. He said that I would be hearing from him again. That was on a Sunday, he calls on a Tuesday and says he doesn't want clothes now but something bigger. He offered to produce a documentary about me. He wanted to send a camera crew tomorrow and I asked if I could clean my house first."